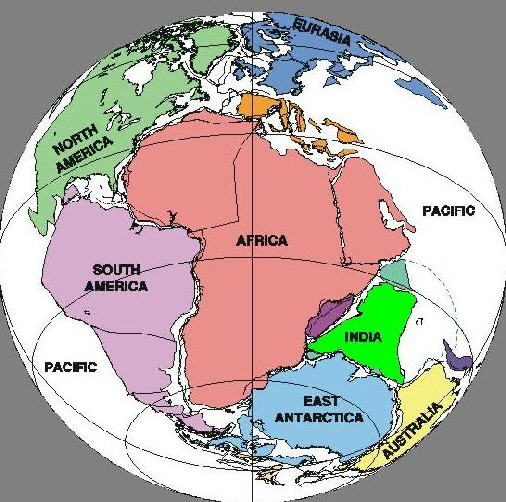 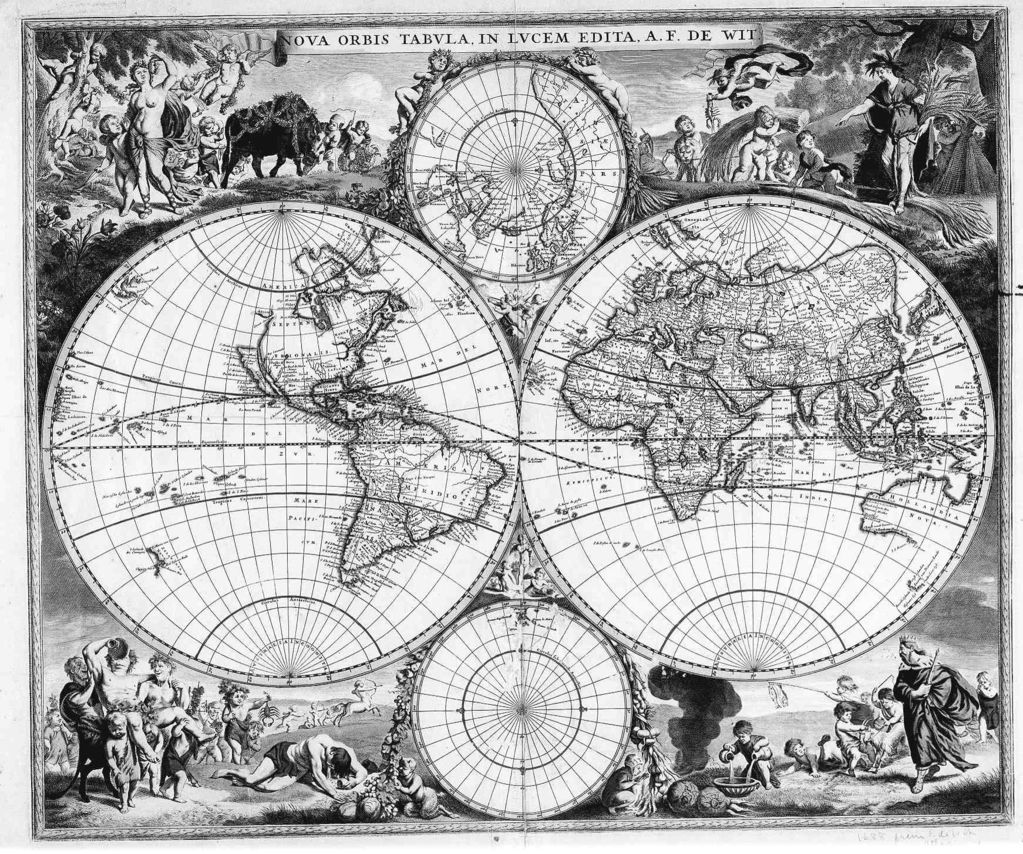 Kwame Toure, an Asiatic Black Freedom Teacher from the USA, who taught a Culture of Freedom without Supremacy from 'leaders who oppressed the Black and Brown people of all lands', 'Fathers and Sons have been pit against each other'. An Asiatic leader who taught, that 'the civil rights movement', 'really was for 'white people', for he 'is a human and has these rights from birth, but that 'white man', need those laws, invoked', "because he is trying to stop me from being free", 'I already knew I had those rights' (Kwame Toure speech). He was 57 when he returned to the essence, he lived in Africa for at least 25 years of his adult life.

Kwame Toure, who as the fiery Asiatic Black Leader birth named Stokely Carmichael, was a major figure in the movement toward knowledge of self, he lived to be 57 years of age. He died in his estate in the West African Nation of Guinea, he lived in Africa starting in ‘1969’, until he left the earth.

Toure came taught the public at a time of great upheaval in America. First as a University Student and then as a Leader of the Student Nonviolent Coordinating Committee, he traveled frequently to the South to teach Asiatic Black People the Knowledge of themselves and the laws of the country they are living in. He registered thousands of Black people to vote, by doing this he changed the city, state and federal government in a big way, but paid a price, by being arrested more than 21 times for his efforts by the same Government who supposedly pointed out the inconsistency in his principle. He spent over 50 days in Mississippi's infamous Parch-man Penitentiary, where he was routinely beaten by the correctional officers of that Penitentiary. It took place in Mississippi, June 1966, that was when Black people started using the phrase ‘Black Power’ and onto (I'm Black and I'm proud, natural hair, more fruits and vegetables less meat, more sun, water, exercise, rest, on into martial arts styles, and Self Knowledge).

Toure and other Asiatic Black Leaders continued the march from Memphis to Jackson on behalf 'James Meredith', who was 'the first to integrate at the University of Mississippi', they also joined the ‘Walk against Fear’ after Meredith was shot along a Mississippi highway. Toure was arrested as soon as the marchers approached Greenwood, Mississippi, after posting bond, he returned to his colleagues and told them clearly that it was time to teach and build on Asiatic Black empowerment.

According to witnesses, He would ask the marchers what they wanted, and they would respond ‘Black Power’! The chants continued, and it became a rallying cry that galvanized many Black and Brown Americans, into coming together as one people. Nevertheless, the slogan was troubling to many civil rights leaders, such as; 'The Reverend Martin Luther King Jr.' He called the phrase ‘an unfortunate choice of words’, while other Americans viewed it as 'a call to arms'. Some 'American' critics charged that 'Toure's rhetoric', 'which accelerated after the Mississippi march', 'that it fueled the rioting in cities that went across America the next few years in that decade' when 'Black leaders' were getting 'killed' by the 'dozens'. Kwame Toure explains the term ‘Black Power’ in a book, published in 1967. ‘It is a call for Black People in this country to begin to define their own goals, to lead their own organizations, to resist the racist institutions and values of any society’. Kwame Toure's call for ‘Black Power’ was very helpful and added on to the views from the Black churches with most Black people of that time and era. For months, there was a debate about what the phrase really meant, and many believe that that debate, helped the civil rights movement. He would always compare his views on violence with those of 'Martin Luther King Jr', who advocated 'nonviolence'.

‘We had one simple definition that separated us’, Kwame Toure would say. ‘I saw nonviolence as a principle, which means it had to be used at times, under some conditions. If nonviolence was working, I would use it; but it isn't working, I'm picking up guns because I want my freedom by any means necessary’. Kwame Toure was born in Port-of-Spain, Trinidad (Tobago) on June 29, 1941. His 'father was a carpenter', and his parents, with two of their daughters, traveled to the U.S., Kwame Toure remained in Trinidad, living with two aunts and his Grandmother. He received a British education, and in an interview later complained that he was forced in class to memorize Kipling's ‘White Man's Burden’.

In 1952 at the age of 11, he joined his parents in the Harlem section of New York City, where his father held down two jobs to support his wife, 'Mae' and the children. The family moved to Morris Park, a 'white' American neighborhood in the Bronx, and for a time Kwame Toure 'belonged' to the 'Morris Park Dukes'. Upon entering the Bronx High School of Science, he stopped going to meetings. ‘I broke from the Dukes’, he recalled in a Life magazine interview, ‘They were reading comic books while I was trying to dig Darwin and Marx’.

Tall, handsome, stylish, he 'cut a dashing figure in the school, where he was popular with his classmates, both black and white'. In 1960, after seeing pictures of Black People sitting in at lunch counters in the South, KwameToure became politically active in school. He rejected scholarships from several predominantly 'white colleges' and entered Howard University.

During his first year, he took part in freedom rides, integrated bus trips to the South to challenged segregated interstate travel. In 1964, graduating with a bachelor's degree in philosophy, he became an organizer for the Student Nonviolent Coordinating Committee eventually rising to head the Organization. He became the group's most influential and powerful leader and was instrumental in altering its orientation from, just nonviolent speeches, 'but also to fight fire with water', 'from integration to Black Liberation’. Kwame Toure resigned as chair of the organization in May 1967 and became affiliated with the Black Panthers, an 'African American' Liberation group founded by Huey P. Newton and Bobby Seale, thus Kwame became the party's prime minister.

However, he became disenchanted with the Panthers, and or Eldridge Cleaver, He then quit the party and, in an open letter, 'charged that the party' had become "dogmatic" in its ideology. He left the United States in 1969 with his wife, 'singer' and 'political activist' Miriam Makeba, to live in Guinea, which he had visited in 1967. His name became Kwame Toure, taken from Kwame Nkrumah, who is regarded by many, as the father of Pan-Africanism, and Ahmed Sekou Toure, the leader of Guinea. He founded the All-African People's Revolutionary Party, and by 1971, he was advocating a homeland in Africa for 'oppressed Black People in America'.

‘The Blackman should no longer be thinking of transforming American Society’. ‘We should be concerned with Mother Africa’. ‘America is an Octopus with tentacles all over the world’, he said. ‘If the tentacles that grip Vietnam, South America and Africa are cut, it will be so much easier to rise up and cut off the head’. He continued to live in Africa in the ensuing years, making periodic trips to the US to see friends and lecture on the merits of 'Socialism', while criticizing 'Capitalism', 'Zionism' and the 'USA'. Early in 1996, tests revealed that Toure had prostate cancer. He entered the 'Columbia-Presbyterian Medical Center', where he received treatment including radiation therapy. He continued to receive treatment in the US and Cuba for years.

Toure was twice married, once to Makeba and once to Malyatou Barry, both marriages ended in divorce, He was survived by his Mother, his Sister, and two Sons. The Reverend Jesse Jackson, who visited Toure several times in Guinea, stated that ‘Toure was one from our generation who was determined to give his life to a transforming America and Africa. He was committed to ending racial apartheid in this country (USA). He also had a great hand, in helping to bring those walls down, on race, in America’.